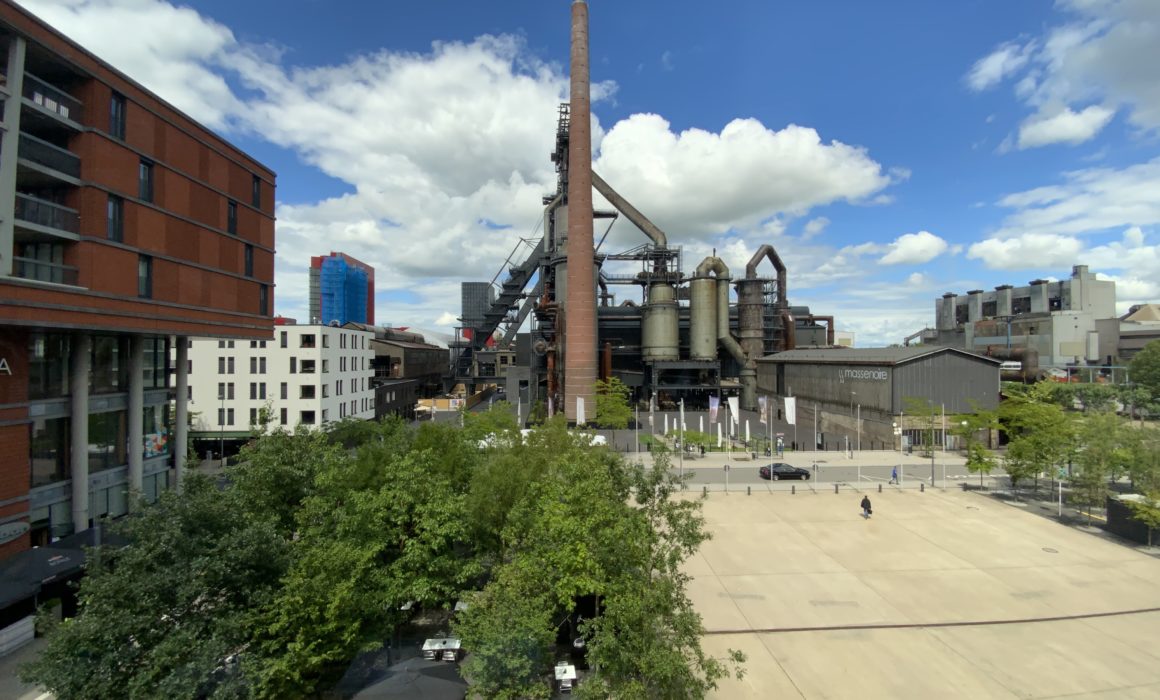 Culture and science fiction have one thing in common: ideally, they mirror our society and our times. But while science fiction finds it easy to formulate accelerated visions of the future, based in our current times, cultural institutions in particular sometimes find it difficult to keep up with the present. This creates the danger that culture acts outside the (mostly very digital) reality of the audience’s life. Why is that?

Sometimes cultural institutions like major theatres or ECOCs can seem like a heavy-laden tanker. They change course rather ponderously. This has structural reasons that not all readers may be aware of. I would therefore like to elaborate on two examples, the ECOS and the world of theatre. In both cases, the slowness often results from the long-term planning processes of the institutions, which can only react to the ever -changing world within a limited framework.

In the case of ECOCs, the respective EU state launches a national selection procedure with six years’ notice, which is then reviewed by an expert jury in the following year. For the cities that want to apply in their country, the conceptual work starts even earlier. After the decision, it takes another four to five years until the concept is realised. In the meantime, a good dozen other ECOCs present their programme. (A calendar year sees 2-3 ECOCs parallel in different countries). The social context in which the decision for a particular concept was made is a good five years in the past. 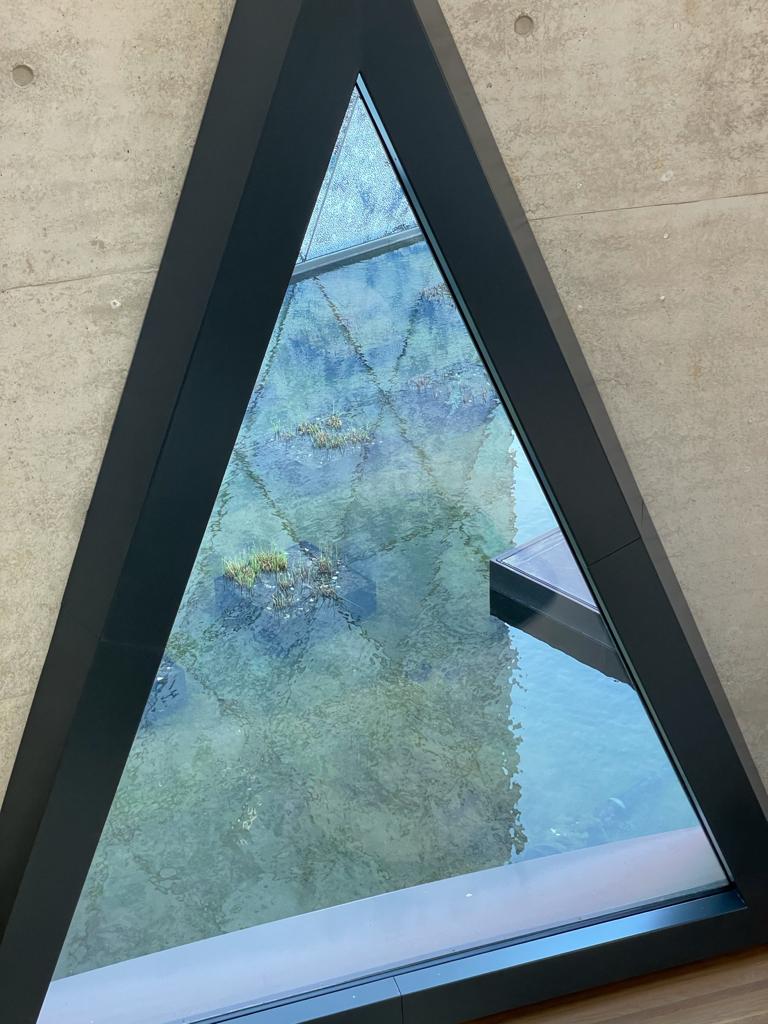 It also plays a role that the actual programme implementation takes place one to one-and-a-half years in advance, when the ECOCs running at the time have not yet been able to draw their conclusions and pass on their insights. On top of that, the selection criteria were set by the EU in 2014 for the years 2020 to 2033. They will therefore change in twelve years at the earliest. Even without Covid our society would look very different in many aspects than seven years ago.

In the case of municipal theatres, when an artistic director is appointed, they plan their first season from afar. The second season is planned while the first is still running. That is why it is said that the third year decides whether a director has found their feet or not. (Usually it is that same year in which the city decides about the possible extension of the contract.) But this also illustrates that the decision for a particular play, a creative team, and sometimes the cast are made up to twelve months before the premiere. The world can then already look very different.

We live in an accelerated present

These are just two examples of causes that don’t always let cultural institutions keep up with the present. Of course, there are short-term programme adjustments and a certain flexibility in realisation. But at one crucial point, the existing potential is not fully utilised: in digital transformation. This leads to society often being much more digitally advanced than the cultural institutions that are supposed to reflect it.

I am not propagating any compulsion to digitise. It is not a must and not a panacea. But the digital transformation is happening, regardless of whether cultural institutions accompany it. As a child of the early 1980s, when I look at the world outside the institutions, I realise: we are living in the science fiction of my childhood. Robots mow the lawn and clean the house. Washing machines order detergent on their own. Augmented and virtual reality are everyday gadgets. And the digital natives are already being replaced by the next generation. The world is developing faster than ECOCs or theatres usually make their decisions. This leads to difficult acceptance, sometimes even alienation. And at the same time, this is precisely where an opportunity waits.

Beacons in the digital mist

Our accelerated world is not easy. It is confusing. Often contradictory. And not every person has the skills to keep up with the increased pace. For this reason, cultural institutions are needed that accompany the digital transformation of society and offer forward-thinking orientation. This is especially true for major events with an overall societal context, such as the ECOCs. Basically, it is the same mission as always: be the guide in changing times. But with the addition of a digital component.

In other words, there is a need for guidance that has to be met. And cultural institutions can provide this in a form that corresponds to the reality of the lives of their participants, visitors and spectators. Unfortunately, this does not always correspond to the working reality of the institutions. This is the true challenge.

The solution is co-creation, both between the institutions and with the “other side”, the guests and participants. To stay with the image of the ponderous tanker from the beginning: Collaborations are the fast motorboats and pilot ships that swiftly correct the course. And the first motorboats are already on their way.

Theaternetzwerk Digital is an exemplary initiative in Germany. 15 theatres have joined forces to exchange experiences and learn from each other. The goal is to dissolve the usual negative narratives that hinders the development of new perspectives. Narratives like: Mistrust of others’ progress, fear of being replaced by digital media, not having enough money, or lack of know-how. “We don’t know how to use it; it’s too expensive; if we are doing this, we lose what makes us special.” Instead, initiatives like Theaternetzwerk Digital or external consultants like battleROYAL build confidence in new abilities and the possibilities of digital tools.

The participation of the usual spectators works similarly. The institutions continue to create the framework. But rather than setting the content, they curate it and put it in the hands of the participants. This collaborative exchange enables discourse to take place at the pulse of the present. At the same time, both sides benefit from the expertise of the other. Institutions can maintain values and give guidance, while they learn a trick or two from the digital experts.

The work of cultural institutions changes from presenting results (which may have been set years in advance) to a shared process through which all participants learn. This is nothing new. Process is the core business of culture. Therefore, it is only a small step to apply this to digital transformation. By doing so, they protect their identity and remain true to their mission of being a mirror of our times. In addition, they can circumnavigate structural slowness. Above all, they can become true beacons of digital transformation. As pioneers. As a safe place for experiments. And as a guide. All of which are especially necessary today.

Michael Masberg works as Associate Creative Director and Dramaturge for battleROYAL for several years. As a freelance, interdisciplinary storyteller, novelist, and curator, he contributes his experience to numerous projects. He has a rich theatrical background in all genres from spoken theater to musicals and public interventions. His work as a game designer and author has received several awards.