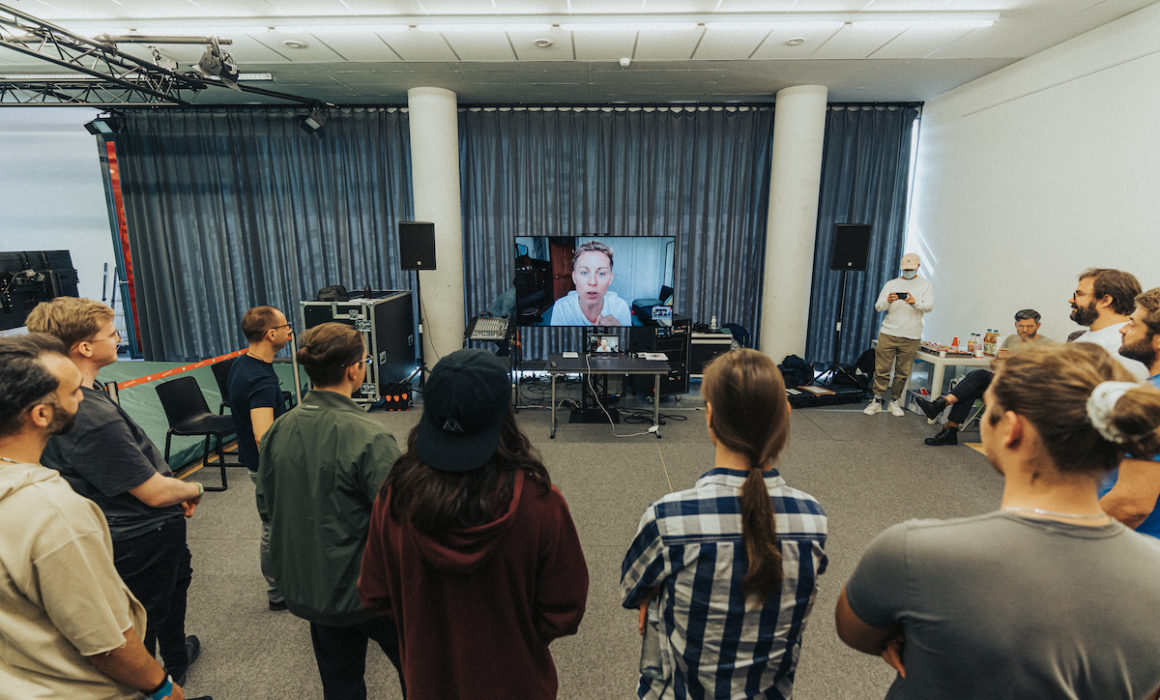 Amid today’s overabundance of musical output, it’s commonplace to find ourselves longing for novelty, or romanticizing the distant, the faraway, the unknown – but what can spark true magic, is realising just how wide and varied the creative palette (and community) right on our doorstep can be. Music, just like creativity, can be sourced and spotted anywhere. From the busy street to nature’s noises, and from classical piano to neo-Americana and Iranian folk, what fuels true innovation is, above all, curiosity and passion. Assembling a crew of Luxembourg’s most promising sonic enthusiasts of today, the Future Frequencies workshop – an initiative forming part of the prelude to the Esch2022 European Capital of Culture festivities, which we have been directing and producing – is actively fostering both values.

With the leadership of European experimental electronic artisans Matthew Herbert and Frank Wiedemann, the workshop is bringing together a vertiginously eclectic patchwork of styles, personalities, backgrounds, ages, and influences – honoring not just the region’s cultural plurality, but the effervescence of its kaleidoscopic musical identity. We sat down with a few of the participants – Persian fusion vocalist Tohid Tihidi, pianist and singer Naomi Ayé Vajdovics Suares, drummer and guitarist Giuseppe Albinati– to get their insight into what the experience has taught them so far. 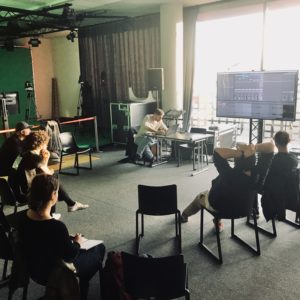 To kick off, could you briefly introduce your musical background?

Tohid: I’m originally from Iran, and I’ve loved to sing since childhood. A few years ago, I decided to leave Iran to pursue my dreams. That’s how I ended up in Luxembourg.

Giuseppe: I dabbled in a lot of different musical styles during my upbringing: drums, jazz, fusion styles, but then also grunge or punk… I ultimately realized that what I liked the most was working with people. Joining Future Frequencies has been incredible, because I managed to meet amazing singer-songwriters who are just 17, and I’ve been stunned at the variety and quality of what I’ve witnessed.

Naomi: I started playing the piano at age 4, and have been singing for as long as I can remember. I think I was born singing. There were periods of my childhood when instead of talking, I would sing. Thankfully, I’ve had a very supportive family who encouraged me to pursue my passion. 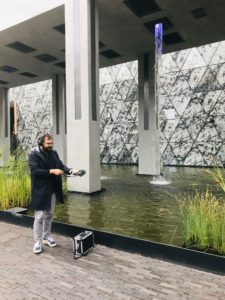 What first sparked your interest in the Future Frequencies open call?

Naomi: I always work alone, so I saw the workshop as a good opportunity to learn how to collaborate with other musicians.

Tohid: Personally, I’d say the discovery element, really. I love the fact that we don’t have to limit ourselves, and the « learning by doing » method is virtually limitless. That’s the most interesting part of Future Frequencies.

Giuseppe: I’ve been in Luxembourg for almost six years now, and in joining Future Frequencies, I was stunned by the quality of the musical production I found myself surrounded with, and the musicians I could play with. This workshop showed me a range of musicians that I didn’t even know existed. There is a lot to learn from everybody, regardless of the genre they work with. Wonderful quality can be found in the sounds of an electronic musician composing from their basement. 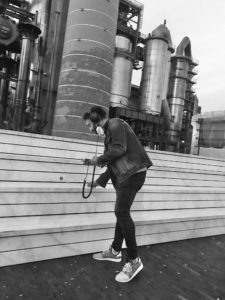 What kind of music do you make? How would you like it to develop, going forward?

Giuseppe: I’m a drummer in a trio. The sound is inspired by what could be described as “Americana” – but adding a touch of “Euro”.  But I also source inspiration in alternative rock, post-punk and grunge music. I can see my future work being informed by everything I’ve encountered in this workshop.

Tohid: I believe music brings people together, so I’m looking to produce songs in different genres and different languages — not always touching on the same topics, but broadening the spectrum of topics music can deal with, to include social or communitarian issues as well as personal ones. Music can also embolden representation, and that’s ideally the effects and shape I’d eventually like my music to reach. I’d like for the music to speak louder than words.

What have you enjoyed most of the process so far, and what are you most looking forward to?

Tohid: When I was assigned to collaborate with a metal group, in spite of it being a very different genre from my own, I discovered a new gate into musical expression. That was very exciting.

Giuseppe: Having Frank and Matthew as mentors has been incredible. We are treated like peers, with full respect. Joining forces and learning from fellow participants, everybody — people who aren’t professional, but have professional expertise and the highest quality to their work. I’ve been in workshops before, but I never encountered this level of quality and creative breadth.

Naomi: The jamming out was the part I enjoyed the most, because each member of the workshop could show a part of themselves by creating something new, together.

Tohid: The other incredible thing has been expanding our definition of what can constitute music. We learned that we can make music out of tree bark, street sounds, and everything that surrounds us. Understanding that music is everywhere has been truly enriching. 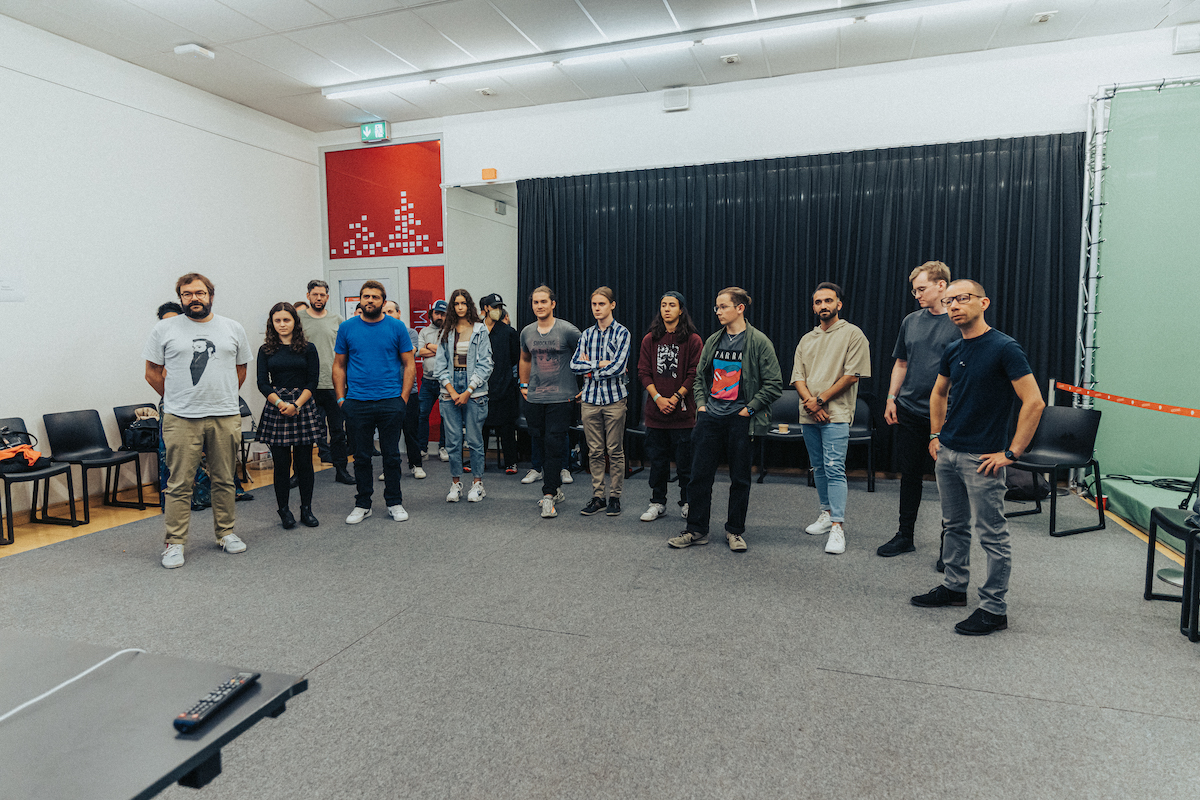 What does the musical scene of Europe lack today, and what gives you hope for the future?

Tohid: First and foremost, I’d like to stay in touch with the wonderful musicians I’ve met here. I’d love for us to work together on different projects in the future. Hopefully, we can continue to defy genres and be creative together. I hope the spirit of this workshop remains an ongoing work in progress.

Naomi: My goal is to achieve a complete performance – I still find it really difficult to do a show without the support of my piano. I would love to learn to move on stage, to learn how to express myself with my body as I do with my voice. And afterwards… keep on creating music!